Towards Alternative Models for Artist Development in Theatre and Performance 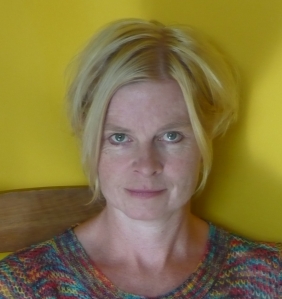 Liz Tomlin specialises in the analysis of British and European contemporary theatre and performance (post-1990) through the lens of political and cultural theory. Her current monograph, Political Dramaturgies and Theatre Spectatorship: Provocations for Change, is due to be published in 2019. Previous publications include Acts and Apparitions: Discourses on the Real in Performance Practice and Theory 1990 – 2010 and British Theatre Companies 1994 – 2014. This research is supported by the Research Hub, Dramaturgy as Critical Practice, at the University of Glasgow.

Liz’s second field of research concerns the politics of cultural production, with an emphasis on the British theatre industry and British arts funding and policy developments. Incubate- Propagate is the network through which this research is currently being developed.

Between 1999-2009, Liz was the writer and co-director of Point Blank Theatre and continues, on occasion, to develop her research-led practice in writing for performance and contemporary dramaturgies of theatre-making. In 2012, Liz wrote The Pool Game, inspired by Kafka’s The Trial, and directed by Di Sherlock. She is currently developing The Cassandra Commission, a spoken word solo performance piece in conjunction with her research into politically-engaged theatres and spectatorship.